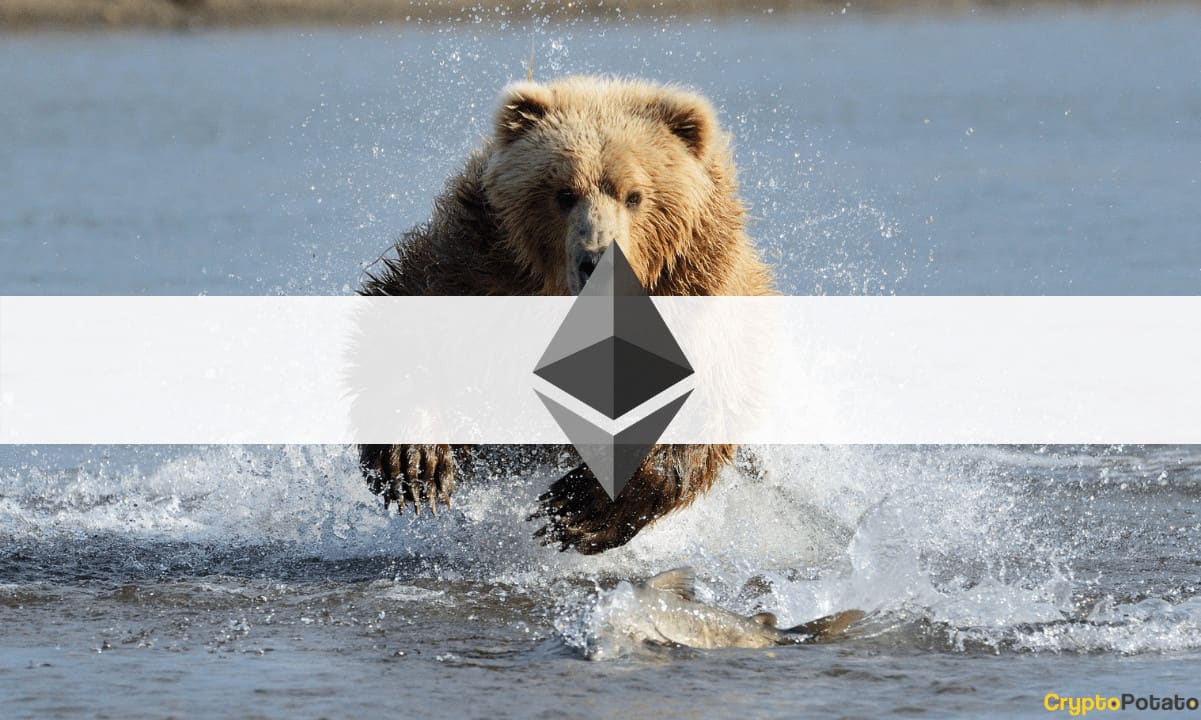 The cryptocurrency market took a beating over the past week. The total capitalization is down below $1 trillion for the first time since January 2021, losing a staggering $300 billion in seven days alone.

One of the cryptocurrencies that performed particularly badly was ETH. It’s down 40% over the same period and is trading at around $1,000, having dipped below this level briefly.

Without any further ado, here are three possible reasons for ETH’s decline over the past week.

When looking at the cryptocurrency market, in general, it’s evident that the entirety of it is plunging over the past couple of weeks. This decrease accelerated over the last week resulting in $300 billion being wiped off the entire capitalization – as mentioned above.

But it’s not just crypto. Wall Street is also in shambles, with the S&P 500 trading for a 4.25% loss in the past week. The Dow Jones Industrial Average (DJIA) is also down 4% over the same period, whereas the NASDAQ Composite tumbled slightly less than 2%.

The broader macroeconomic picture doesn’t look good, with the global economy being thorn by rampant inflation, an ongoing war in Ukraine, and much more. Just this week, the United States Federal Reserve announced yet another rate hike – this time with 75 bps – the highest increase in the past 28 years. The country’s Bureau of Labor Statistics also released the numbers for the Consumer Price Index (CPI) – the metric used to gauge inflation (although many claim actual inflation is higher) – clocking in at 8.6% for the month of May.

Cryptocurrencies are a risk-on asset, and as such, it’s no wonder that investors are disposing of them first, bringing distress to the entire market.

ETH is not immune. For comparison, the following heatmap reveals that all major cryptocurrencies are well in the red over the past seven days:

And yet, it’s also evident that ETH is among the worst performers. This has to do with the other two potential reasons.

It’s important to note that almost everything related to what’s currently going on with Celsius Network comes from industry analysts. There’s no official information from the company on the ongoing state of its affairs. The first signs of major distress came when the platform downright halted all withdrawals, transfers, and swaps, citing extreme market conditions. This essentially left users are locked out with no access to their funds.

Celsius Network, although centralized, is also one of the largest participants in DeFi markets. Crypto Potato covered what’s currently known and why this could be a huge risk for the cryptocurrency industry in general.

In short, Celsius is a lending platform that allows users to deposit crypto and earn a yield on it. In turn, they would use the money to generate higher yields through whatever means they find suitable. As it may have turned out, though, they haven’t been particularly scrutinous with their risk management as one of their purported public addresses revealed that they came less than 4% away from getting liquidated for slightly less than $500 million on-chain. This position has since been further collateralized, and it appears to be safe.

However, Celsius Network is also suspected to be a massive holder of stETH – staked ETH on Lido’s platform. stETH currently trades at a 4% discount to ETH, and coupled with huge withdrawal demand, this may have had a role in increasing the massive selling pressure that ETH saw over the past week. Also, the cryptocurrency started declining a lot more seriously than the rest of the market exactly when rumors about Celsius started going rampant.

As if the above wasn’t enough, Three Arrows Capital – one of the largest cryptocurrency hedge funds with a tremendous amount of assets under management (AUM) – is also going through a rough patch, to say the least.

A few days ago, rumors started circling that the fund has faced massive liquidations and is supposedly insolvent. Somewhat cryptically confirming it was Zhu Su, one of the fund’s co-founders, who said:

We are in the process of communicating with relevant parties and fully committed to working this out.

Yesterday, Kyle Davis, another co-founder, said that the company is exploring various options to stay afloat, some of which include asset sales and getting rescued by another firm.

3AC supposedly has a lot of ETH. multiple reports indicated that the company liquidated millions worth of ETH in the past few days alone in a bid to repay existing loans and prevent further liquidations.