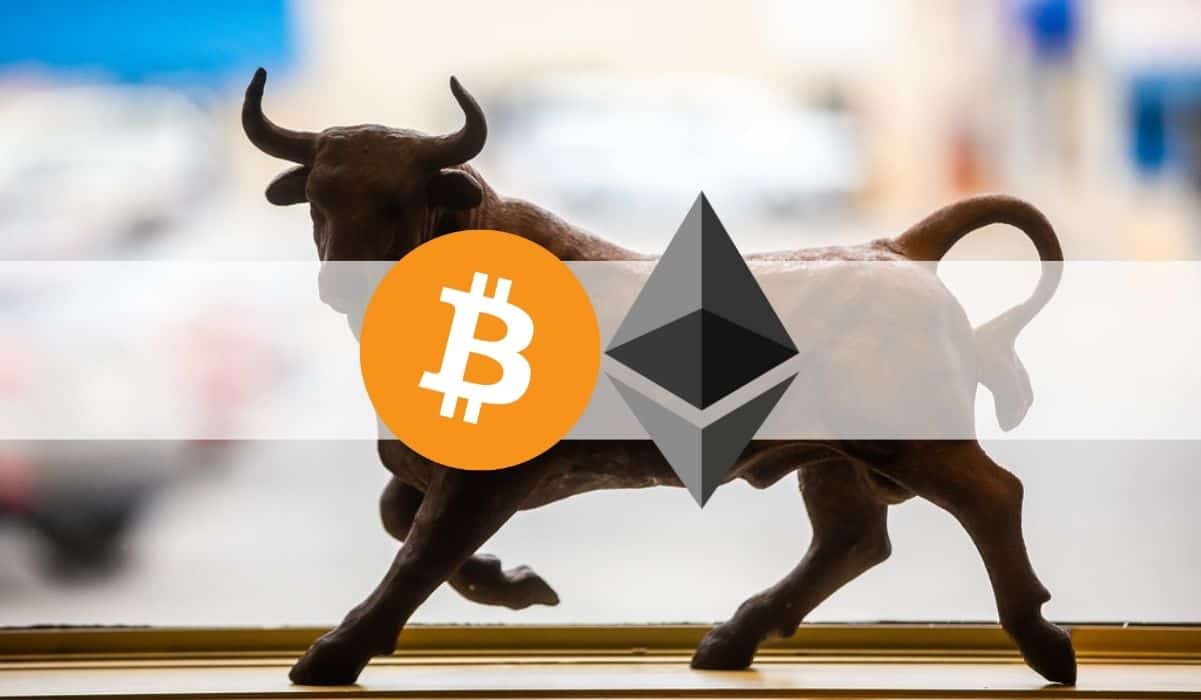 The past seven days saw the total cryptocurrency market capitalization recover towards the $1 trillion mark after losing it in June. At the time of this writing, the market cap sits at $998 billion, according to data from CoinGecko.

A large part in the above played the increase in Bitcoin’s price. The cryptocurrency is up some 9% in the past week and has managed to recover above $20K. In fact, it currently trades at $21,300 for a 3% daily gain. BTC had even soared above $22K for a brief period this Friday, but the bears intercepted the move and pushed it back below to where it currently trades.

The broader market is also soared. Ethereum is up around 14% in the past seven days, followed by other major cryptocurrencies from the top 10. BNB is up 10%, the same as Solana. XRP and ADA are lagging behind with 3.9% and 2.2%, respectively.

Bitcoin’s dominance – the metric that tracks its share relative to that of the rest of the market – increased by roughly 1% during the week. This indicates that the primary cryptocurrency had it better compared to altcoins.

Interestingly enough, the increase comes on the back of more bad news from industry participants. Genesis Trading – another cryptocurrency lender – revealed that it has exposure to bankrupt hedge fund Three Arrows Capital.

On the other hand, another successful step towards the integration of Ethereum 2.0 took place this week. The protocol’s public testnet – Sepolia – became the second major testnet to implement the merge, bringing the entire protocol closer to transitioning to proof-of-stake – an event that’s largely sought after and anticipated by the majority of the community.

In any case, it remains very interesting to see how the market will continue performing in the days to come. Bitcoin is trading at a considerable resistance zone that has previously sent its price back below $20K, and it’s exciting to see if this time will be any different.

Mt. Gox Releases Update on Creditor Rehabilitation Plan. The exchange is getting ready to repay its creditors, and the process might start as soon as August this year, with some being compensated directly in Bitcoin. This became clear in the latest statement.

Another Crypto Lender Confirms Exposure to Three Arrows Capital. Genesis Trading – a cryptocurrency lending firm owned by Digital Currency Group – confirmed that it also had exposure to the bankrupt hedge fund Three Arrows Capital (3AC). In a series of tweets, the company’s CEO revealed the consequences and how they plan to battle them.

Crema Finance Hacker Accepts Bounty and Returns Over $7M of Stolen Funds. The hacker behind the exploit of Crema Finance has returned the stolen funds after achieving a successful negotiation deal. The Solana-based concentrated liquidity protocol received $7 million of the stolen funds back.

Ethereum’s Sepolia Testnet Undergoes Merge Upgrade. Ethereum’s public testnent – Sepolia – has become the second major one to implement the merge. This brings the protocol a big step closer to changing its consensus mechanism to proof-of-stake (POS).

This week we have a chart analysis of Ethereum, Ripple, Cardano, Solana, and Shiba Inu – click here for the full price analysis.