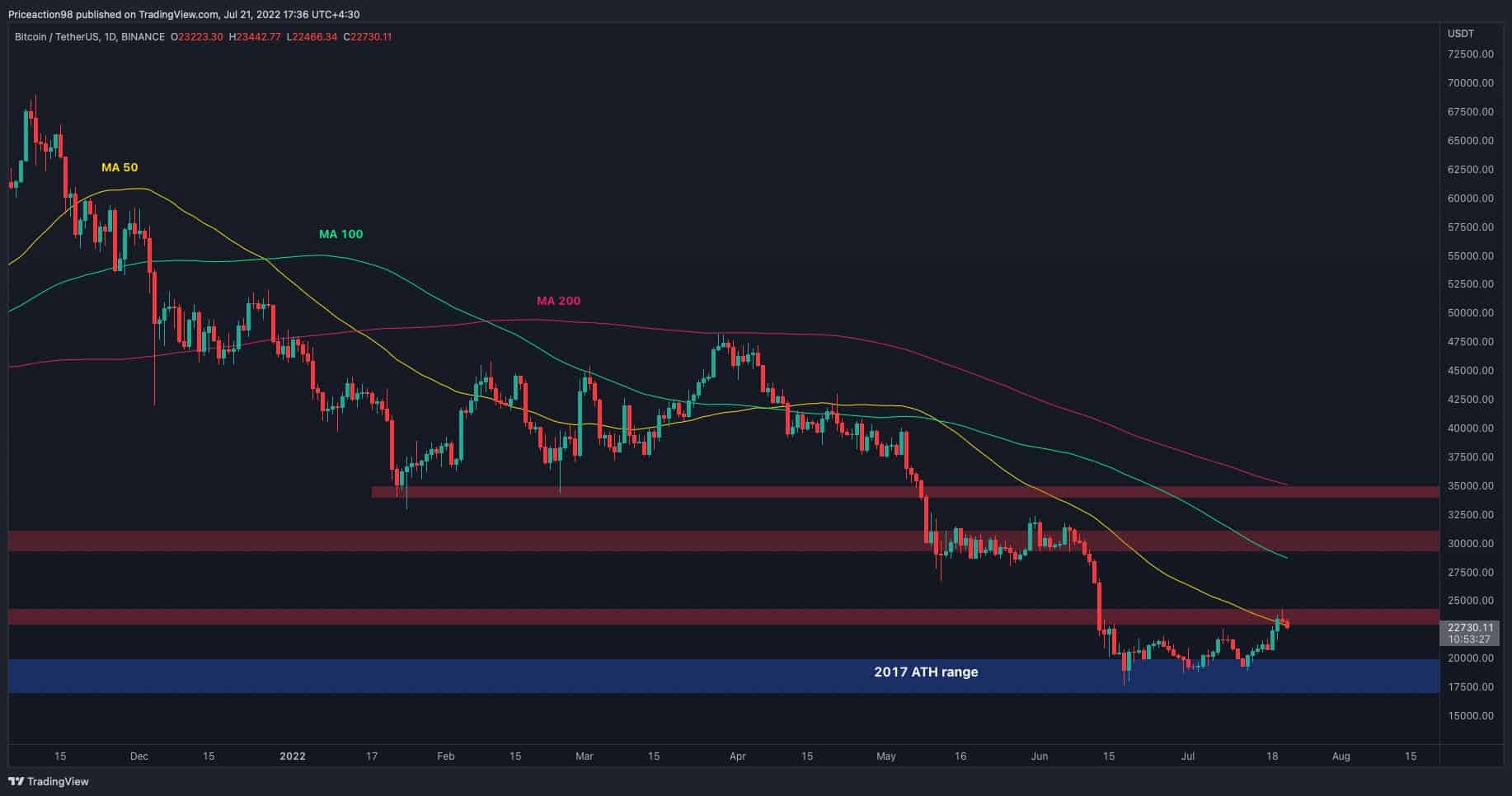 Bitcoin’s price has been moving to the upside recently after rebounding from the $20K support area. However, it seems like the rally is coming to a halt, as the price is getting rejected from the $23K-$24K resistance level.

Presently, the 50-day moving average acts as an additional resistance, potentially pushing the price back lower towards the $20K mark. A bearish continuation could be expected in this case because the $20K level would be a much weaker barrier after holding the price multiple times. A bearish breakout from this level would likely cause another rapid crash, possibly hitting the $15k area in the short term.

On the other hand, a breakout above the $24K and the 50-day moving average levels would fail the bearish scenario, and a rally towards the $30K supply zone would be expected. However, the price action suggests the former is more probable.

On the 4-hour timeframe, the price has finally broken above the bearish flag pattern which has been forming over the past month. However, the market failed to continue higher as the price dropped backed into the pattern, creating a fake bullish breakout. The RSI has also created a significant bearish divergence between the last couple of highs, indicating exhaustion of the uptrend and pointing to a potential bearish reversal. If the price breaks below the bearish flag pattern, a further bearish move and a new lower low would be expected in the next few weeks.

It is evident that the buyers are dominant now, but this indicator has recently reached its high band showing a pre-decline weakness. If the Taker Buy/Sell ratio decreases over the next few weeks and drops below 1, a further bearish continuation would be expected as buyers’ exhaustion and the rising dominance of sellers would be demonstrated.

However, it is still too early to conclude that this scenario would occur as the metric is still trending higher, and there would be no reversal signal before a decline begins. So, the Taker Buy/Sell ratio should be monitored carefully over the next few days to determine the market’s short-term direction.