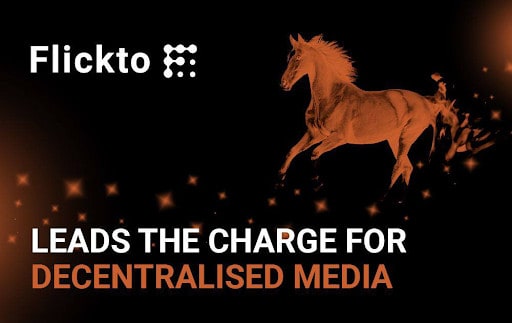 flickto has officially launched their ISPO Remastered initiative to encourage investors to stake and to help solve the issue of unfairness, bias and financial inequality in the current media landscape. ISPO Remastered individuals will be entitled to receive 0.33 FLICK for every 1 ADA token held per epoch. Additionally, the project will also involve long-term delegator and new delegator rewards like NFTs, bonus FLICK, and exclusive access.

What Flickto Wants to Accomplish

It has often been said that media firms should be open source and controlled by stakeholders like consumers, artists, and their intermediaries. Decentralized Media’s (DeMe) goal is to build open-source platforms which allow individuals to gain ownership over their data, as well as the media projects that are sponsored and eventually consumed.

Flickto proposes to be a solution to the problems produced by today’s media landscape which regularly involve squandered funds, failure to create films and other kinds of media for the public, and enable big money to dictate the media we consume. ISPO (Initial Stake Pool Offering) Remastered has thus been released and will readily assist Flickto in achieving its goal by staking for real change in this industry.

ISPO Remastered empowers anybody to generate passive income streams from films, TV shows, non fungible tokens, digital media, as well as the written word. Flickto is a Cardano (ADA) project with a clear purpose, which is to create a DeMe sector in which artists are treated as being on par with the big names in Hollywood. Through ISPO Remastered, not only can users stake their assets, but they can take part in something that will make a tangible difference.

Moreover, the team is reverse-engineering the media process by generating internal resources for the sector’s most expensive and uneven elements. Sales, acquisitions, and marketing may gobble up to a quarter of a creator’s intellectual property and future income. To address this issue, Flickto is working with industry experts such as Bazooka Bunny to create these skills internally and lower the hurdles that artists experience in attaining sustainability and profitability.

ISPO Remastered therefore provides a chance to participate in this project with first-mover advantage as well as the network impact. FLICK makes it possible for individuals to receive monthly royalty payments from all income sources and media projects.

Flickto has partnered up with the aforementioned production company Bazooka Bunny as well as MuesliSwap which allows those who stake MILK tokens to receive FLICK tokens. Regarding past accomplishments and future objectives, the Flickto team has hit all of their roadmap goals and the first round of submissions is also closed. Additionally, the voting platform will be ready by the first quarter of this year and has already been shown to the community. The full platform thus shall be completed in 2022 with Flickto remaining dedicated to being the first-movers as well as pioneers of the decentralized media industry.

Furthermore, Cardano creative collaborations will be revealed soon. Flickto will also finance Cardano’s ecosystem and community storytelling. More films and various media projects will be revealed in collaboration with Flickto’s partners as well. The team will even begin offering tech and blockchain-related consultation services to charities, NGOs, and numerous other mission-driven organizations in order to expand the influence of Cardano’s burgeoning technology. Providing marketing and production assistance to media initiatives and organizations attempting to achieve their mission is also a priority for Flickto.

Flickto is a Cardano-powered media project incubator. It is on a mission to disrupt existing content funding patterns by empowering all types of content producers.

Essentially, Flickto wants to establish a community atmosphere for these creators and those who support them, where they can connect, share ideas, and routinely help one another.