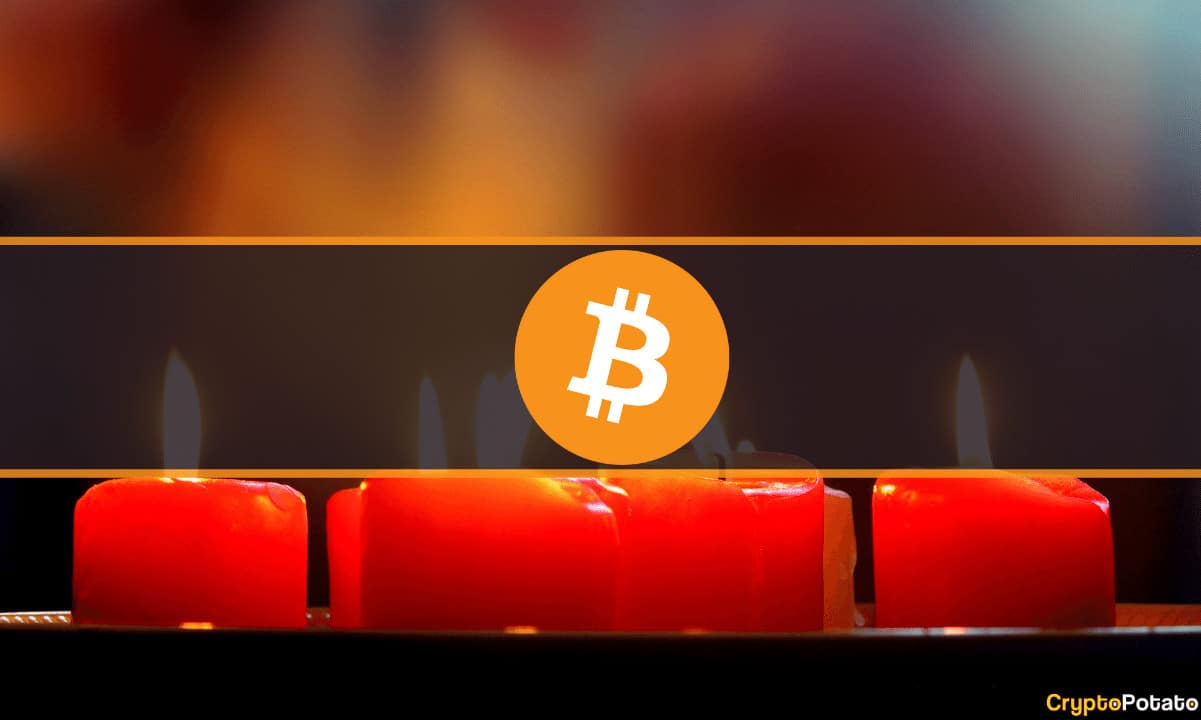 A lot can change in the cryptocurrency space in two months, and it definitely did for bitcoin. The asset stood close to $50,000 at the end of March, and when the community expected a run towards that level, the landscape changed, BTC reversed its trajectory and headed for its longest-negative weekly streak.

Crypto Potato reported two weeks ago when bitcoin equaled the previous adverse record with six red candles in a row. Last week, it broke it after dumping by $15,000 at one point, and the situation worsened upon the weekly closure hours ago.

Bitstamp data, showcased by TradingView, shows that BTC closed the week at just over $30,000, making eight straight weekly candles in the red.

The start of the new trading week has been slightly more positive, with bitcoin currently in the green. However, there’s still time for the bears to return to the scene and extend the negative streak ever further.

With eight red ones in a row, it’s somewhat expected that the BTC Fear and Greed Index has remained stuck well within “extreme fear” territory. The metric compiles various types of data, including surveys, volatility, social media comments, etc., to determine the general sentiment towards the primary cryptocurrency, with results ranging from 0 (extreme fear) to 100 (extreme greed).

It’s safe to say that it’s been a while since the community has been greedy. In fact, the highest the Index has gone this year was around 50 during the aforementioned run-up in late March.