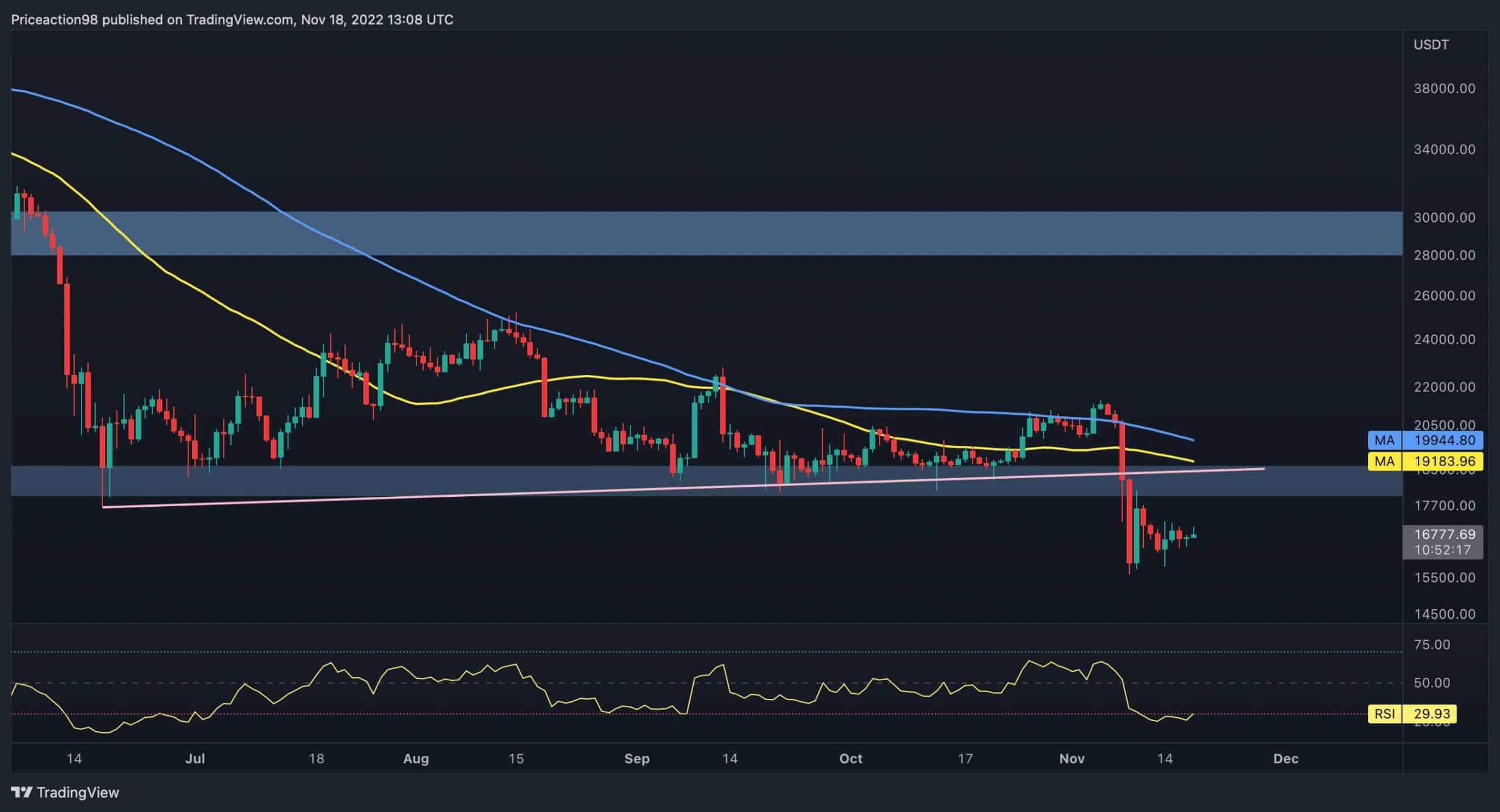 It’s clear that the market remains fearful of potential contagion from the FTX fallout. As a result, market participants are offloading their assets from the exchanges, which might trigger the last phase of this bearish cycle’s capitulation.

The market has likely entered a new phase of short to mid-term consolidation as the price dropped significantly. Nevertheless, during the consolidation phase, the price might retest the $18K-$19K region and then continue the bearish towards the $15K level.

Typically, the market enters a consolidation phase after an expansion move and forms continuation correction patterns. As the following chart depicts, the price has formed a triangle pattern after the recent shakeout and is about to break the pattern to the top. In case of a breakout, the price will likely experience a spike.

Furthermore, during the recent drop, an imbalance has been formed in the 4-hour timeframe between the $18.7K and $19.2K levels, which also aligns with the well-known 61.8 level of the Fibonacci retracement for the recent bearish rally, making it a significant resistance. Accordingly, The price will probably consolidate towards the $18.5K-$19.2K region and use the existing imbalance to continue the bearish trend towards the $15K support.

Bitcoin’s strong downtrend over the last few months has put much pressure on all market participants. Many investors have traded their coins at massive losses and left the market, fearing further downside.

However, according to the Net Unrealized Profit/Losses metric, the market has recently seen a gigantic capitulation as the metric plunged significantly. This metric measures the ratio of unrealized profits and losses and is a helpful indicator to assess market sentiment. During the recent cascade in the price due to the FTX’s fallout and liquidity crunch, the NUPL has dropped and marked a new low, a signal which has previously indicated the end of bear markets and the beginning of a new uptrend.

Nevertheless, according to the prior bearish market stages, the metric still has room to plummet, indicating that the final bear market bottom might not be formed yet.