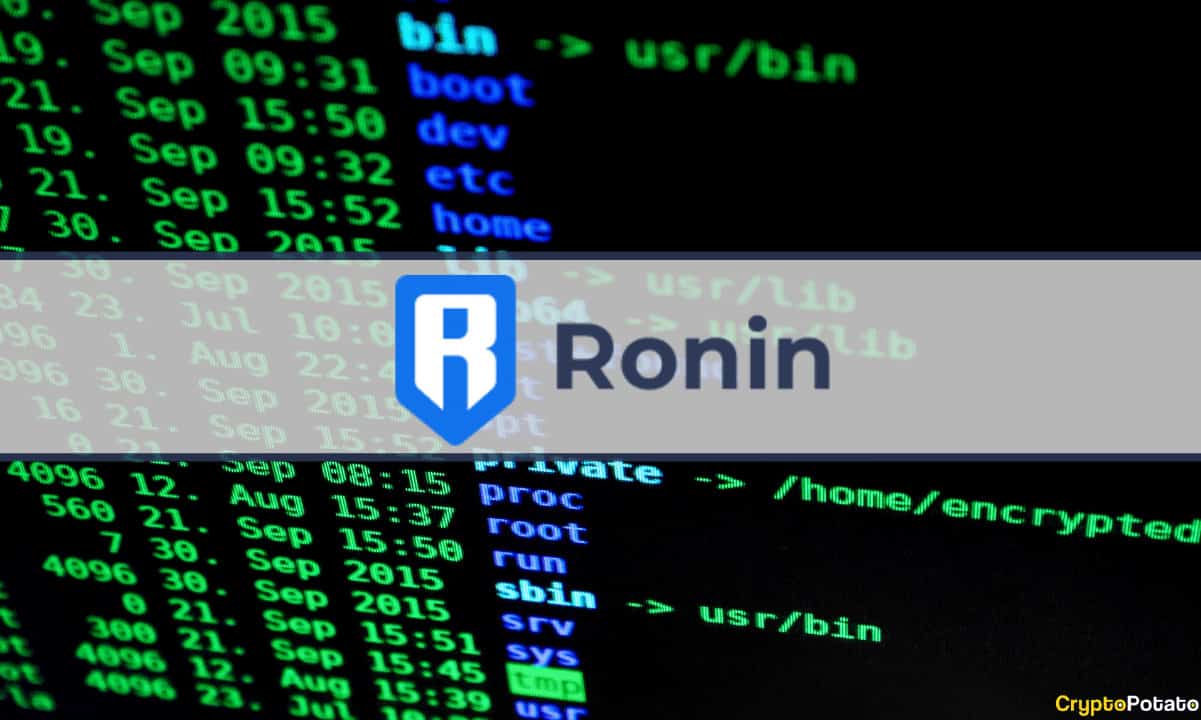 Ronin Network, an EVM blockchain powering popular play-to-earn game Axie Infinity, has announced the reopening date for its bridge three months after it was exploited by the infamous North Korean cybercrime gang “The Lazarus Group.”

Ronin Bridge to Reopen on June 28

Announcing the restart date on Twitter, the project said its engineering team has been working round the clock, and the bridge will officially reopen next week, on June 28.

The project also stated that users who had their funds locked during the incident would get a refund once the bridge reopens.

Ronin further noted that the process would include a crucial hard fork that would require network validators to update their software. Non-validators are also expected to upgrade their nodes using specific information provided by the project.

• We plan on re-opening the Ronin Bridge on June 28th, with all user funds returned.
• Re-opening will require on a Ronin hard-fork which requires all validators to update their software.
• Validators have been informed regarding the next steps to upgrade their validating node.

After the hack in March, the project vowed to enhance the network’s security by partnering with reputable security firms, including CrowdStrike and Polaris Infosec.

In addition, Sky Mavis, the Vietnamese company behind the Ronin blockchain, announced plans to scale up the network’s validating nodes to 21 by the end of this month, with a long-term goal of having over 100.

At the time of writing, Ronin had 11 active validators, including Animoca Brands and Stable Nodes, with Delphi and Dialectic to join soon.

Earlier this week, the project said the redesigned bridge had passed through two external audits from leading blockchain security firms, Verichains and Certik.

After successfully carting away more than $600 million worth of assets from the Ronin bridge in March, The Lazarus Group has been trying to launder the proceeds using different techniques.

First, the hackers tried to wash the funds using Binance, but that did not turn out well. In April, the crypto exchange announced that it had recovered about $6 million of the $625 million after the group tried to deposit the assets to Binance using 86 different accounts. according to the reportthe exchange blocked the accounts and recovered the funds.

After the failed attempt, the gang turned to privacy tools and crypto mixers like Tornado Cash to obscure their transactions. Last month, on-chain data from blockchain analytics platform Nansen revealed that about 15% of Tornado deposits are from Lazarus’ wallet address.