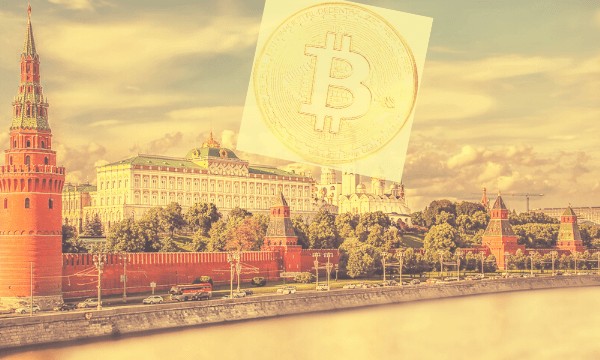 Russia could use cryptocurrency mining to evade sanctions, according to the IMF.

The IMF warned in its new report that sanctioned countries like Russia could use cryptocurrencies and significantly boost their mining industry to evade any economic sanctions imposed on them.

The International Monetary Fund (IMF) indicated in its report on global financial stability that Russia could be planning to use cryptocurrency mining to circumvent economic sanctions imposed by the United States and the European Union in the wake of its war against Ukraine.

Today’s key takeaway from #IMFMeetings: the IMF downgraded its global growth outlook, reflecting the impact of the war in Ukraine, the risks posed by inflation, and more. Read our recap of the day here: https://t.co/t85JsfVouU pic.twitter.com/TNvBQdTNgp

According to the IMF, Russia could rely on many tools to move money outside the traditional financial system. One prominent example could be the use of non-compliant cryptocurrency exchanges along with anonymity-enhancing platforms, such as DEX or mixers.

In addition, the IMF stressed the use of privacy cryptocurrencies such as Monero (XMR), which could help avoid tracking transactionsmaking it easier for the Russian government to alleviate the effect of the financial block.

Russia could use mining to evade sanctions.

Russia is the most sanctioned country in the world —even more than North Korea— with over 400 different measures taken against it. In this scenario, the IMF argues that the government could turn to cryptocurrency mining to “monetize energy resources that cannot be exported.”

Cryptocurrency mining has long been a focal point for the IMF and other law enforcement agencies because such activity can prove profitable in times when other economic activities face bans or restrictions. Other sanctioned countries known to have bitcoin mining facilities and an active crypto community include Iran, VenezuelaNorth Korea, and Russia.

“Over time, sanctioned countries could also allocate more resources towards evading sanctions through mining. Mining for energy-intensive blockchains like Bitcoin can allow countries to monetize energy resources, some of which cannot be exported due to sanctions.

For now, the IMF notes that this type of activity is “relatively contained” in sanctioned countries; however, the possibility of it increasing exponentially will always be there, and it is something really uncontrollable.

“At this point, the share of mining in countries under sanctions and the overall size of mining revenues suggests that the magnitude of such flows is relatively contained, although risks to financial integrity remain.”

The IMF reported that both US and UK regulators are asking all companies, including crypto businesses, to be more vigilant and cautious in their transactions, thus preventing any loopholes from the Russian government.

However, President Putin has hinted at a possible change of mind. He recently said Russia could have major advantages for cryptocurrency miners, and the country seems to be adopting a more crypto-friendly posture, possibly accepting Bitcoin as payment for its oil and gas exports,