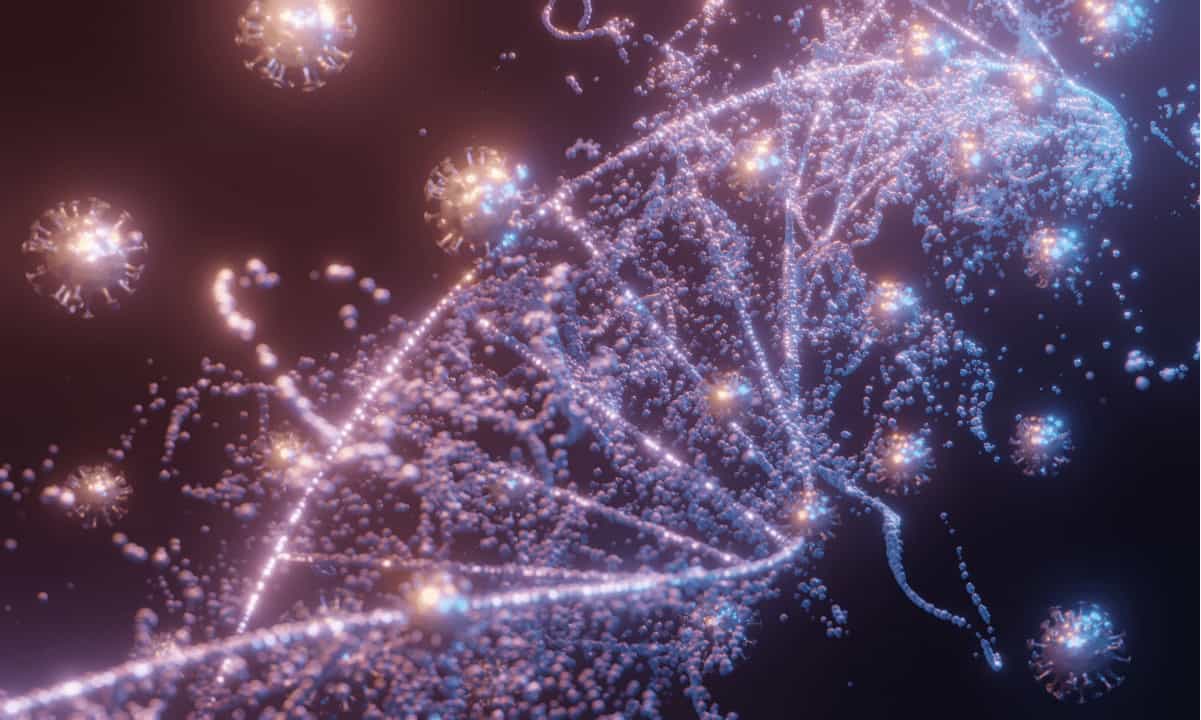 The Human Genome Project started in 1990. By 2003, with 92% of the genome sequenced, the project was declared complete. This year tech advances have finished the other 8%. Blockchain tech like NFTs can use the information from this marvelous project to build new, better biotech products for humanity.

The achievements of the human DNA research were published in the journal Science on Thursday. The UC Santa Cruz-based Telomere-to-Telomere (T2T) Consortium, an open, community-based effort with a team of nearly 100 scientists, announced it is ready to present the complete human genome for the first time in history.

The open, peer-reviewed, project-focused, humanitarian community of scientists has an ethos that many in the NFT industry and broader cryptocurrency community would find very familiar with their own motivating principles and modes of collaboration.

The roadblock researchers hit in 2003 was they had finished sequencing euchromatic DNA that is lightly packed and constantly in transcription. Because of this, it was easier to sequence using the latest methods.

The remaining 8% is heterochromatic, tightly packed, and less accessible to transcription. It’s like a cryptocurrency proof of work hashing problem with a higher difficulty calibration during times of increased hash power on the entire, say, Dogecoin network.

It turns out that these genes are incredibly important for adaptation. They contain immune response genes that help us to adapt and survive infections and plagues and viruses. They contain genes that are … very important in terms of predicting drug response.”

The cryptocurrency industry’s fast-growing and extensive toolkit of powerful capabilities can aid in getting more genomic data into researchers’ hands while protecting genomic data privacy. Namely, these are storing, tracking, and securing information for clinical trials; and fast-track development of vital tools and therapies by creating financial incentives for networks to lend computational power to research efforts.

And Blockchain for Science’s Alfred C. Chin says blockchain can do much more for biotech and medicine. Because of its rigorous and computationally efficient means of record-keeping, blockchain can be used to trace cancer cell lineage and mutations:

“A cryptographic hash function can map a single-cell omics signature to a dimension-reduced fingerprint of the cancer. Such processing is realistic given the substantial progress made in computational methods for multimodal integration of single-cell omics data.”

Blockchain’s relevance to biotech medicine is not merely a theoretical hope in the 2020s. Last year Corzant Technologies’ Patrick Yopp wrote a profile on Louisville, Kentucky-based InvicTech, LLC, a leader in biomanufacturing, and how the biotech firm is pioneering the use of blockchain tech to simplify, secure, and scale lab operations. It even found a way to turn its state-of-the-art, downloadable microfluidic chips into NFTs.

Given the rate of cryptocurrency’s advancement, it’s not the technology holding up the deployment of these peer-to-peer databases for medical applications, says Technology Networks’ Rakesh Joshi. He quotes a report by innovation consulting firm PreScouter, authored by the company’s Technical Director for the healthcare and life sciences, Dr. Charles Wright:

“The consensus opinion is that changing the mindset of private, public and political leadership for adopting blockchain technology and the requisite change in management is the single greatest hurdle facing blockchain deployment.”

If true, that means it’s not the technology that’s lagging; it’s the knowledge, understanding, imagination, and belief of the leaders interested in unlocking nature’s secrets for the benefit of human health.