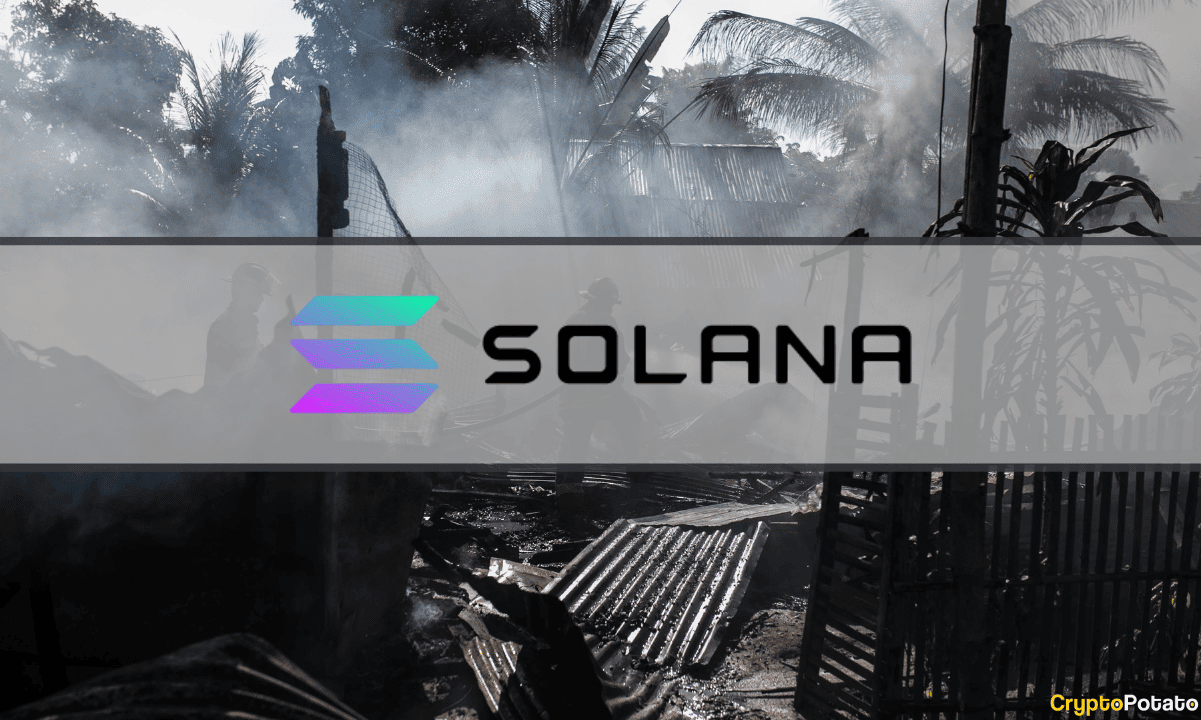 Wading through the wreckage of FTX and Alameda, it is clear that some communities were hit a lot harder than others. Several DeFi protocols sporting close ties with the two entities have suffered. Solana, for one, has been hit the hardest since the collapse.

The once top 10 market cap asset, SOL has slid to the 17th position, and the struggle may continue in 2023 as well.

Solana (SOL) had an impressive run-up last year and was one of the best-performing tokens of the 2021 bull market. But since the unraveling of Sam Bankman-Fried’s crypto empire, it has lost over 70% of its value.

The disgraced founder of FTX hyped Solana and its ecosystem frequently for years. The bankrupt exchange held $982 million in SOL, according to its balance sheet. Additionally, SOL is the second largest holding of its sister trading firm Alameda Research.

Zooming out, Solana lost over 95% of its value since its all-time high last November. A crash of this magnitude has shaken even the most resilient investors to the core.

The Solana ecosystem was expected to mount a serious challenge to Ethereum. Once heralded as an “Ethereum Killer,” the development activity on the network has taken a toll as well.

according to data from the crypto analytic platform Santiment, Solana’s development activity has been on a massive decline. Developers are no longer seeing any advantages to using the network and are currently in a near-death state.

📉 #solana is now down 73% in the past 8 weeks. The #FUD is strong towards the once thriving asset, but there appears to be some pretty good justification with development activity coming to a halt. Read our take on what metrics are pointing to for $SOL. 👀 https://t.co/P7AnKYfKYN

Furthermore, Token Terminal’s data suggest that the number of active blockchain developers has dropped from 3.7k recorded at the beginning of the year to about 1.6k in December. The developer count stood somewhere around 2,553, but the network is now left with only 76.

Top Solana projects such as DeGods and y00ts also announced their departure from the network to Ethereum and Polygon, which has further added to the layer 1 blockchain’s woes.

SOL-denominated total value locked (TVL) also tells a similar story, having fallen 28% from 27.2 million to 18.93 million since November 6. This could potentially imply that the fall of USD-denominated TVL may not be entirely the result of declining prices but rather from users pulling their assets out of DeFi.

Meanwhile, the supply of stablecoins on the Solana has taken a hit significantly over the past few weeks. Its stablecoin market cap has decreased by around 50% since November 6th from a whopping $3.9 billion to $1.8 billion.

But Solana co-founders Anatoly Yakovenko and Raj Gokal view the setbacks as temporary. The two execs recently told Fortune that the events will be crucial for the network in moving forward.

“I think in the long term, it’s really good. We’ve always heard really negative criticism about FTX’s involvement in the ecosystem and that concentration of ownership stake. So it feels like ripping the Band-Aid.”