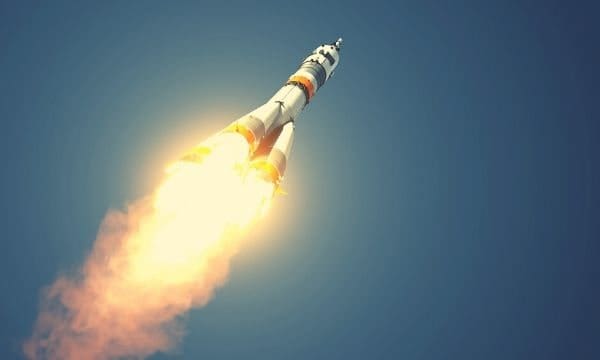 The war between Ukraine and Russia started just two weeks ago, and the markets were quick to react: Generally speaking, outside the commodities market, the nervousness among investors has become evident, and the world’s largest stock indices have fallen at an accelerated pace.

Cryptocurrencies also rushed up a downtrend that has not stopped so far this year. International events have only encouraged the cryptocurrency bears after double-digit declines in a brief period of time.

But every rule has its exception.

Waves Goes To The Moon in Red Times

Waves, a proof-of-stake blockchain focused on providing infrastructure for dapps and smart contracts with fast confirmation times, has surged an impressive 97% over the past two weeks, going from $11.2 on February 28, 2022, to a peak of $24.45 on March 8, 2022.

Waves had great popularity during 2017 when it reached the top 20 of cryptocurrencies with the largest market capitalization. However, after the infamous crypto-winter, the token failed to regain its former glories, and with the rise of competitors like Solana, Polkadot, or Matic, it started to lose prominence, falling to as low as number 76 earlier this year.

The recovery of the last few weeks boosted the token to 48th place in the global ranking.

There is no miraculous reason to explain Waves’ rise, but a few factors could be listed.

The first of all is the anticipation around the Waves 2.0 upgrade. The upgrade promises improvements in accessibility, speed, and security by developing an enhanced version of Waves Consensus based on Practical Proof-of-Stake Sharding.

In addition, Waves announced a $150 million fund to boost the development of applications and protocols running on its blockchain. For a long time, the Waves ecosystem has been quiet, with no notable developments, so the fund could stimulate interest in the network and promote the use of the blockchain’s native token.

But beyond this, there is the fact that the founder of Waves, Sasha Ivanov, is Ukrainian. The token’s brutal rise – coincidence or not – was catalyzed after one of his tweets reminding the community that he was Ukrainian.

The crypto community has had a strong pro-Ukrainian stance amid the war. famous figures such as Gavin Wood or Vitalik Buterin have expressed solidarity with the country, which has also benefited from more than 50 million in cryptocurrency donations, adding new tokens to its wallet, including Polkadot and Dogecoin.

Perhaps they will soon accept Waves as well.