US Treasury Secretary Believes CBDC Could Outcompete Bitcoin as Means of Exchange - GKnews.net Skip to content 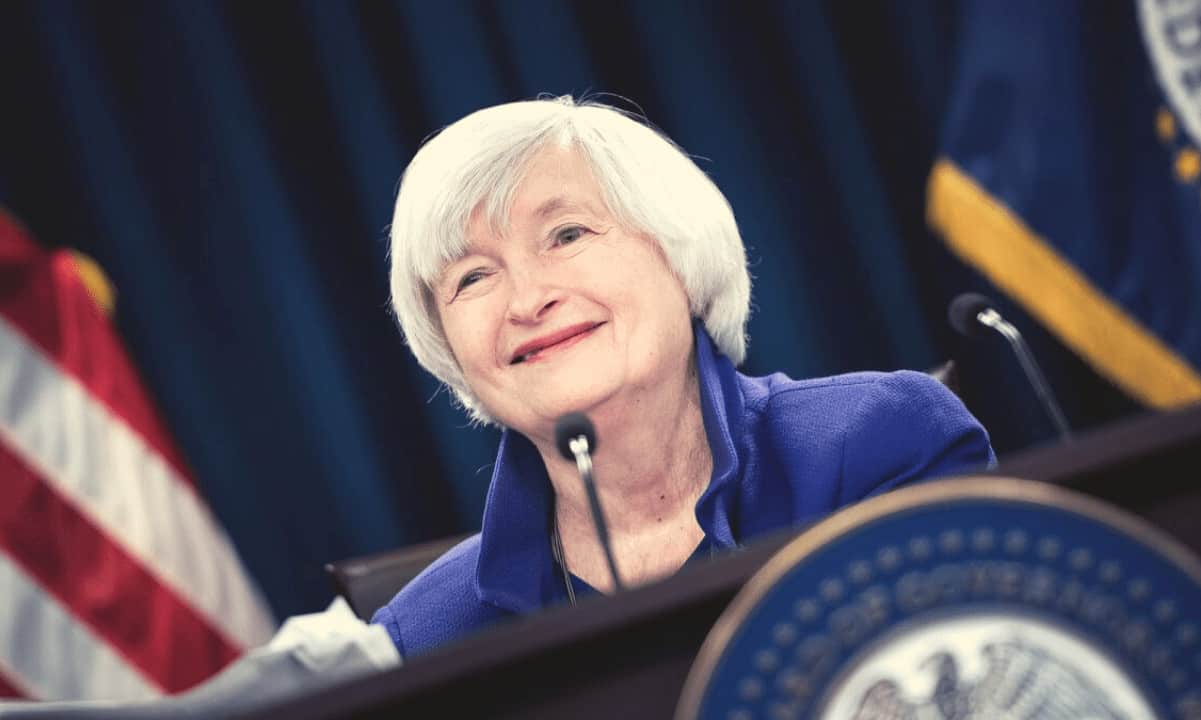 Janet Yellen – Treasury Secretary of the United States – recently delivered her first speech solely dedicated to cryptocurrencies. While discussing the risks and benefits of crypto and CBDCs, the secretary listed five historical lessons she’ll be following as she regulates the space.

The speech was delivered before American University’s Kogod School of Business Center for Innovation on Thursday. Her words reflect significant evolution in how the Treasury Secretary views digital assets.

On one hand, she maintains a level of long-standing skepticism of stability risks they could pose to the financial system. On the other hand, she recognizes that they can produce reduced reliance on centralized intermediaries like banks and credit card companies.

She also notes that crypto proponents praise the capabilities of smart contracts, which can offer trading, borrowing, and lending of financial products in a decentralized way.

“To the extent that setup is more convenient, and costs are competitive with those required for traditional financial services, digital assets offer the potential to expand access,” she said.

With this in mind, the Treasury and other agencies will work to produce policy recommendations around the objectives outlined in President Biden’s crypto Executive order last month.

As such, the Treasury will be applying certain historical lessons as a “compass” to navigate the task. The first is that the financial system “benefits” from “responsible innovation”. For example, she notes that digital assets could deliver the promise of cheaper cross-border remittance payments, especially for members of non-G7 countries.

Secondly, she urged caution about how innovation in this space could harm the most vulnerable in society if not regulated fast enough. She cited the 2008 financial crisis caused by overly risky shadow banks as evidence of this, which the OCC chief has also compared to the crypto boom.

Thirdly, Yellen calls for a “tech neutral” regulatory approach, which specifically targets risks and fraud rather than blockchain technology more broadly. This is a term frequently floated by SEC Chairman Gary Gensler when discussing the legal status of cryptocurrencies.

Praise of the CBDC

Yellen’s fourth lesson argues for the importance of the dollar’s role as a world reserve currency. In that context, she claims that a CBDC could be the dollar’s next “evolution” towards expanding that position.

“Could [a CBDC] make the financial system more equitable, accessible, and inclusive?” she asked. “How might a US CBDC interact with existing national currencies, foreign CBDCs or private stablecoins?”

Biden’s Executive Order called for “urgent” CBDC research and development for similar reasons. If made interoperable with other national CBDCs, he said it could “help support the continued centrality of the United States within the international financial system”.

Furthermore, Yellen noted that a CBDC and other stablecoins could achieve further adoption as a means of payment than Bitcoin, due to Bitcoin’s price instability, “high fees and slower processing times”.

Though Federal Reserve Chairman Jerome Powell has made the same claim in the past, it may be outdated. Strike CEO Jack Mallers announced yesterday that his company had partnered with Shopify, alongside point-of-sale giants NCR and Blackhawk. This will allow Americans to make instant and free Bitcoin payments through the lightning network to retailers like McDonald’s and Walmart.

Yellen’s final lesson is to push for responsible innovation, ensuring “competitiveness and growth” while also protecting national security interests. She notes the radical divergence of viewpoints on crypto to be reminiscent of previous “new and transformative technologies”.