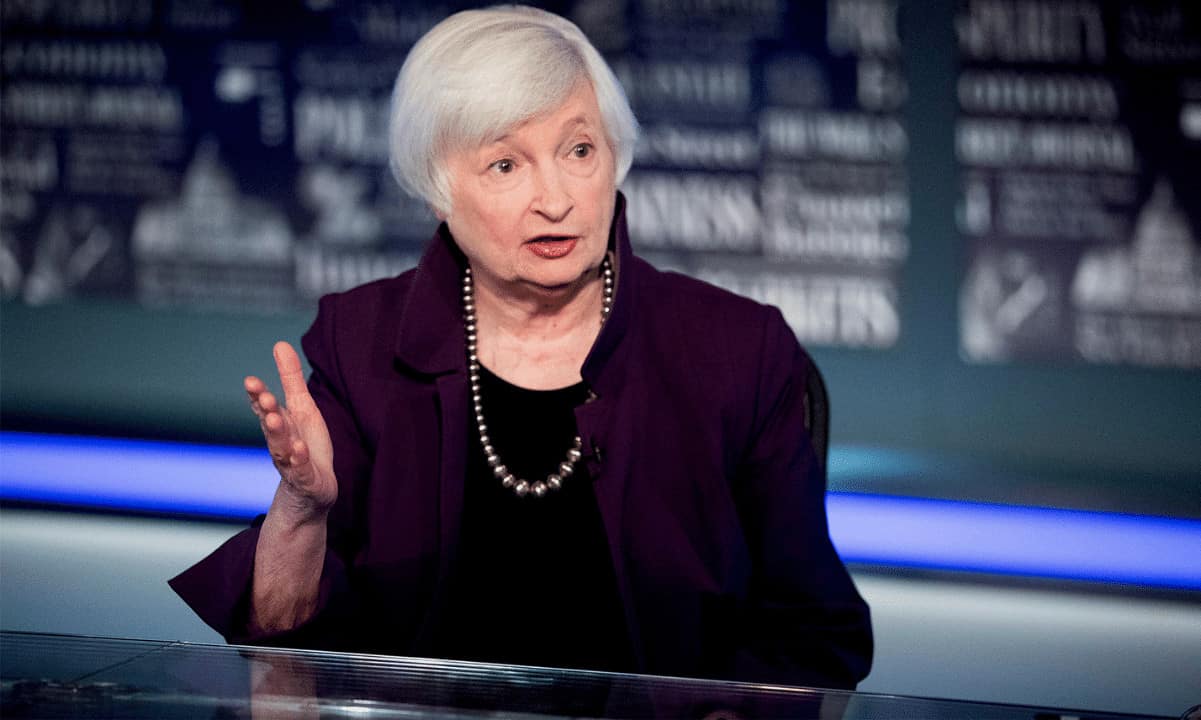 Janet Yellen – an American economist who serves as the 78th US Secretary of Treasure – believes people should not rely on investing in cryptocurrencies as part of their retirement strategy. In her view, the asset class is “very risky,” while Congress should advise broad society about the danger.

‘To me, it’s a Very Risky Investment’

The American politician Janet Yellen does not fit the bill as a proponent of the cryptocurrency sector. As such, it is no wonder she warned people who contemplate adding digital assets to their retirement plans that this might not be an appropriate step. In a recent appearance in Washington, she said:

“It’s not something that I would recommend to most people who are saving for their retirement. To me, it’s a very risky investment.”

Additionally, the Treasury Secretary opined it would be wise if Congress observed the matter and explained which assets could be added to retirement options, such as 401(k) plans:

“I’m not saying I recommend it, but that to my mind would be a reasonable thing.”

In April this year, one of the largest asset managers in the world – Fidelity Investments – announced it will enable investors to add bitcoin to their retirement 401(k) plans. Dave Gray – a top executive at the firm – explained the company’s decision:

“Fidelity believes that blockchain technology and digital assets are going to be a much larger part of the financial industry’s future.”

The American has touched upon the cryptocurrency industry numerous times as her opinion has been predominantly negative.

Two years ago, she argued that bitcoin and the altcoins could provide certain benefits for the US financial system, but at the same time, they could be used for terrorist financing and money-laundering activities. Shortly after, Yellen labeled BTC as a highly speculative asset inefficient for transactions.

Last summer, she gave her two cents on stablecoins, noting their quick expansion, and called upon the authorities to implement urgent regulations on them.

Despite her anti-crypto stance, this is not the case with central bank digital currencies (CDBCs). April, she claimed that such a product could help the dollar remain the world’s reserve currency.

Moreover, Yellen thinks CBDCs will be a much better payment method option than bitcoin since the latter is known for its price volatility, “high fees, and slower processing times.”