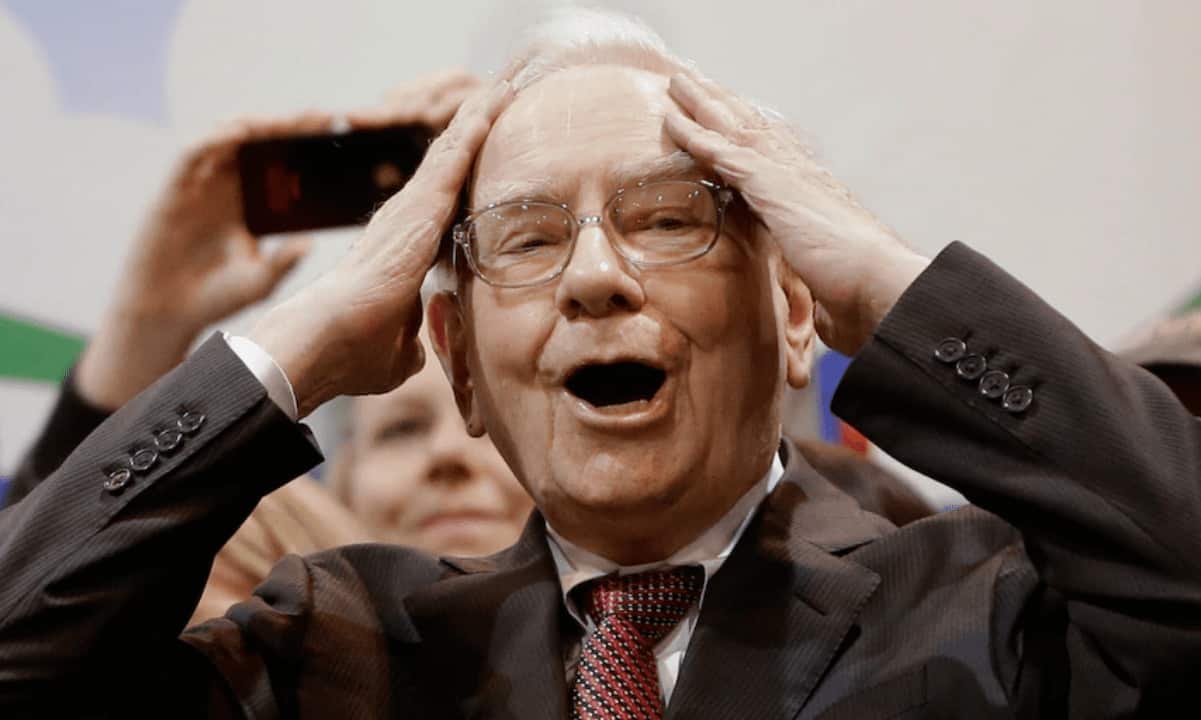 Speaking at the Berkshire Hathaway Annual Shareholder meeting on Saturday, renowned American billionaire investor Warren Buffett argued that Bitcoin has a number of deficiencies and he doesn’t see any value in the cryptocurrency.

All the Bitcoins in the World for 25 Bucks?

The Berkshire Hathaway CEO believes Bitcoin does not produce anything valuable or tangible whether or not its price goes up. According to him, the cryptocurrency is a passive asset, and investors buy and hold it hoping that its price will increase in the long run.

“Whether it goes up or down in the next year, or five or 10 years, I don’t know. But the one thing I’m pretty sure of is that it doesn’t produce anything,” he said.

Comparing BTC to other options, Buffett said Bitcoin is not a productive asset like farmlands and apartments that produce food and rent. As a result, he wouldn’t invest in it even if all the bitcoins in the world were offered to him for $25.

“If you told me you own all of the bitcoin in the world and you offered it to me for $25 I wouldn’t take it because what would I do with it? I’d have to sell it back to you one way or another. It isn’t going to do anything,” the billionaire said.

Buffett: Bitcoin Has Got Magic in It

The Hathaway CEO, who once described Bitcoin as “rat poison squared,” believes that the cryptocurrency has a kind of magic in it and people always attach magic to many things.

For something to be regarded as an asset, it has to offer value to someone, but Bitcoin doesn’t do that, he said.

Buffett also noted that Bitcoin cannot become a cash instrument in the United States as the country will not allow any virtual currency to replace the dollar.

“Assets, to have value, to deliver something to somebody. And there’s only one currency that’s accepted. You can come up with all kinds of things — we can put up Berkshire coins… but in the end, this is money,” he said, raising a $20 bill. “And there’s no reason in the world why the United States government… is going to let Berkshire money replace theirs.”

As always, Warren Buffett’s criticism against Bitcoin caught the attention of crypto investors and enthusiasts who took several swings at the prominent legacy investor.

Mexican billionaire businessman and founder of corporate conglomerate Grupo Salinas said it was sad to see Buffett talk about a subject he clearly doesn’t understand.

It’s sad to see him rambling on about a suubject he clearly does not understand. That’s why the future ALLWAYS belong to the young and not the OLD. https://t.co/2L5Lc8zHjE

Mike Alfred, the founder of crypto data provider Digital Assets Data, said he has long been an admirer of Warren Buffett’s value orientation. He noted that he invested in Berkshire in 2007, but after listening to the billionaire’s latest Bitcoin rant, he will be slashing his stake as the company won’t outperform with a CEO who is not open to societal change.

I bought Berkshire shares in 2007 and went to Omaha in 2010 for the shareholder meeting.

But after hearing his #Bitcoin rant today I am slashing my stake.

Berkshire won’t outperform with a CEO & board that fears societal change.

Linda P. Jones, author of the 3 Steps to Quantum Wealth crypto book, was curious about Buffett’s investments in crypto-friendly companies including Nubank and SBI Holdings.

Did Warren Buffet forget he invested $500 million in Nubank, a Bitcoin friendly bank? Did he forget his investment in SBI Holdings, which owns 10%+ of Ripple? Or Bank of America, a Ripple partner?
Listen to my podcast here:⬇️https://t.co/XZPbb6paxv#XRP #Ripple #Bitcoin #Crypto