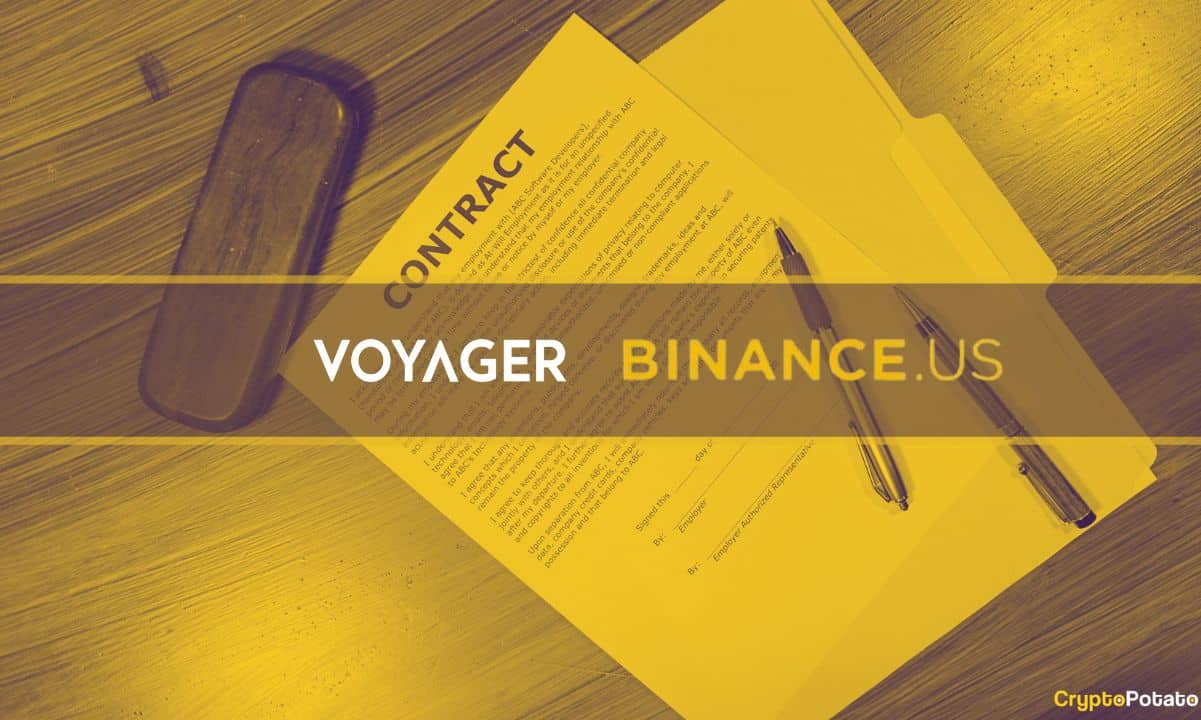 Binance US’ plan to acquire some of Voyager Digital’s assets for $1.02 billion is one step closer as the bankrupt crypto lender received initial court approval for its proposal.

The United States District Judge Michael Wiles of the bankruptcy court for the Southern District of New York on January 10th approved Voyager to work out a purchase agreement with the crypto exchange and to solicit creditor votes on the sale.

Uncertainty of the Deal

According to the Reuters report, the deal will not become final until a future court hearing. Besides, the confirmation hearing is scheduled for March and will require the approval of Voyager’s creditors as well. If received, the sale will help Voyager customers to recover 51% of crypto assets held before the bankruptcy filing.

But the federal prosecutors are pursuing Binance, especially due to its proximity to its now defuct-rival FTX. As a result, Voyager is looking to speed up the national security review of the deal that could decide whether it can be set in motion.

The Tuesday’s hearing, Voyager attorney Joshua Sussberg confirmed that the lender is actively responding to national security concerns raised by the Committee on Foreign Investment in the United States (CFIUS).

The agency essentially reviews the national security implications of foreign investments in US-based companies or operations. Sussberg also asserted that Voyager will address any concerns that CFIUS could deem valid in opposing the transaction with Binance US.

“We are coordinating with Binance and their attorneys to not only deal with that inquiry but to voluntarily submit an application to move this process along.”

As part of the deal, Voyager will receive a $20 million cash payment and transfer customers to Binance US’ crypto exchange. Thus, it will allow customers to withdraw their crypto assets from the platform for the first time after bankruptcy.

If CFIUS blocks the transaction, Voyager will have to repay its customers with crypto-assets available on hand, in which case, customers will end up receiving less payout.

The latest development comes a week after the US Securities and Exchange Commission (SEC) reportedly opposed Binance US’ proposal to purchase Voyager assets. The focus of the SEC’s argument was that the crypto exchange has not sufficiently demonstrated having the necessary funds required to settle the deal. The SEC added that Binance US also did not outline how it plans to secure the assets of Voyager customers.

Despite the pushback, Judge Glenn greenlit the deal despite citing that the Commission will have the opportunity to object to the deal receiving final approval in the future.