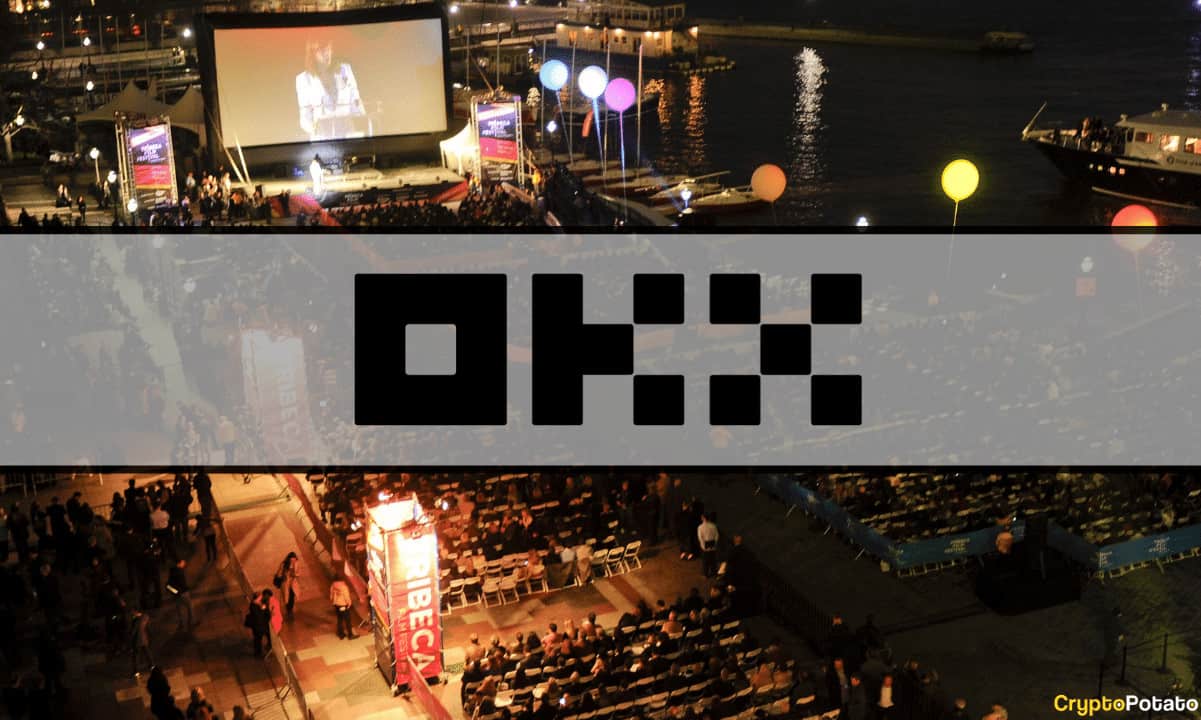 The annual event organized by Tribeca Productions – Tribeca Film Festival – reportedly inked a deal with the cryptocurrency platform OKX. The agreement (worth tens of millions of dollars) will turn the exchange into one of the largest sponsors.

According to a coverage by the Wall Street Journal, the collaboration between the two parties will last for the next three years. During that period, OKX will educate filmmakers and movie fans about the benefits of cryptocurrencies and Web3 technology.

Being the main sponsor of the Tribeca Film Festival, the platform could finance the production of films designed for the Metaverse. At the same time, it plans to enable movie participants to receive digital currencies for their work.

Jane Rosenthal – Chief Executive Officer of the event – ​​said the festival will introduce non-fungible tokens this year, revealing intentions to dive deeper into the NFT realm in the following years:

“We want to provide the tools to creators. Over the years to come, we will lean in, help them create these stories, and partner with hardware providers like Facebook.”

Commenting on the collaboration with OKX, Rosenthal noted that both parties have similar visions and ambitions to “drive forward new ways of storytelling and new ways of supporting artists in all different categories.”

Tribeca Film Festival is a major event that takes place each spring in New York City. This year, it will run from June 8 to June 19 in Manhattan. Founded by Oscar-winner Robert De Niro, Jane Rosenthal, and Craig Hatkoff in 2002, it aimed to boost the cultural life of New York following the 9/11 attacks on the World Trade Center.

In March this year, the Seychelles-based digital asset platform team up with England’s Premier League champions – Manchester City – to become its Official Cryptocurrency Exchange Partner. While the agreement’s full terms were not disclosed, it’s known it will be a “multi-year” collaboration.

Last month, OKX continued its interaction with the sports industry by signing a deal with the leading Formula 1 team – McLaren Racing. The initiative turned the trading venue into the largest sponsor of the squad.

Shortly after, the Italian-Australian driver who races for McLaren Racing – Daniel Ricciardo – engaged with OKX on a personal level. He will serve as its ambassador during the 2022/23 season and lead an educational campaign for F1 fans focused on crypto’s merits.